DONATE
Menu
No products in the basket.
0,00€ Basket 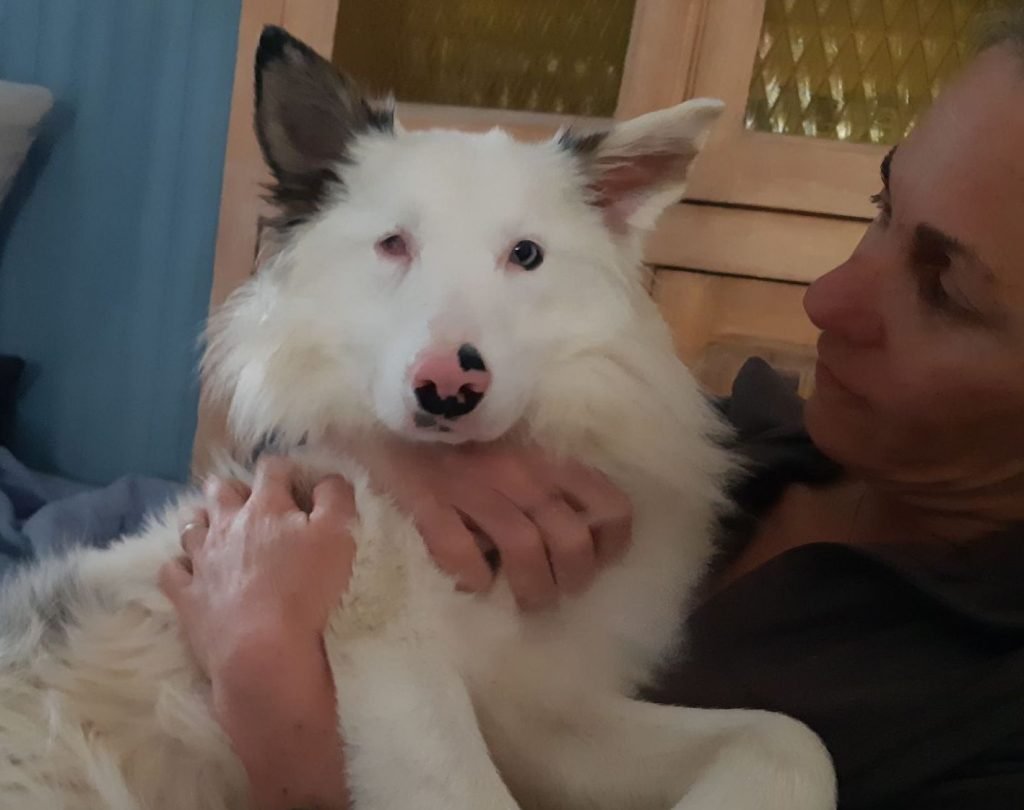 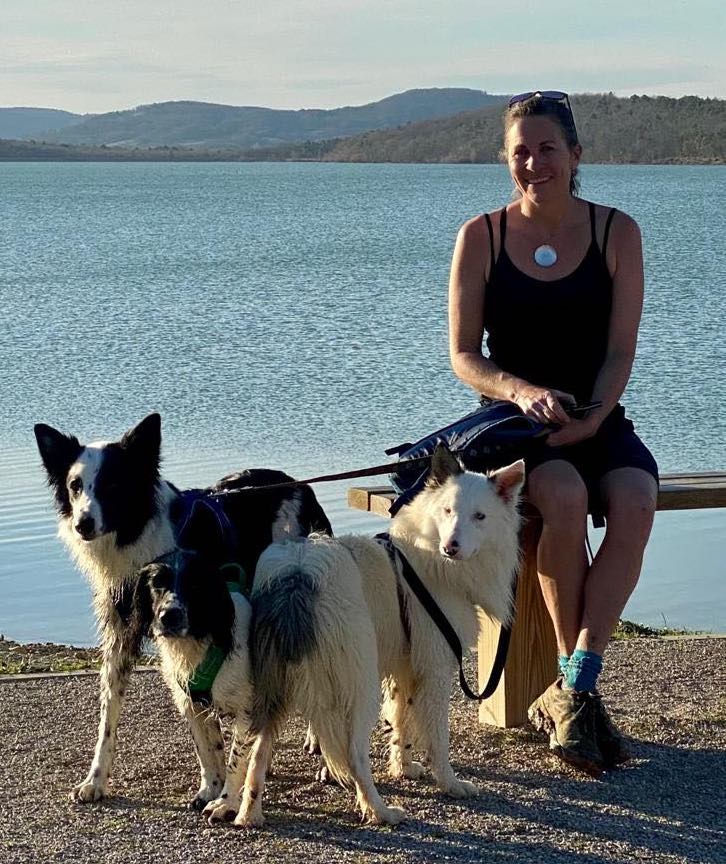 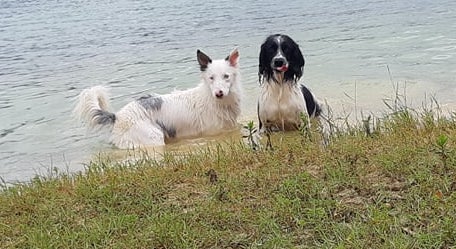 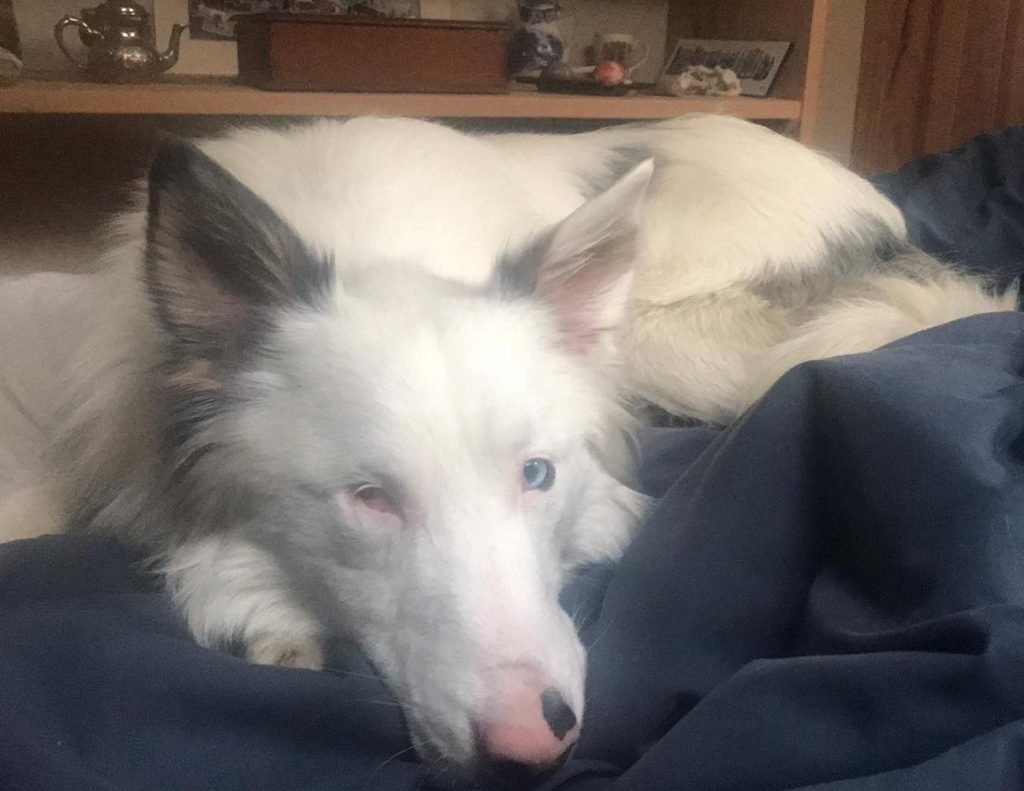 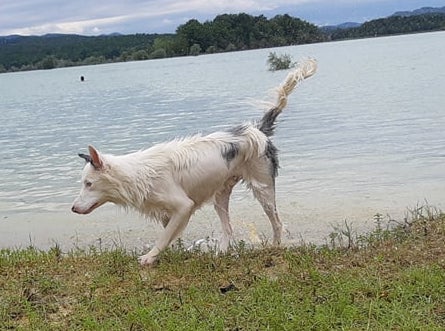 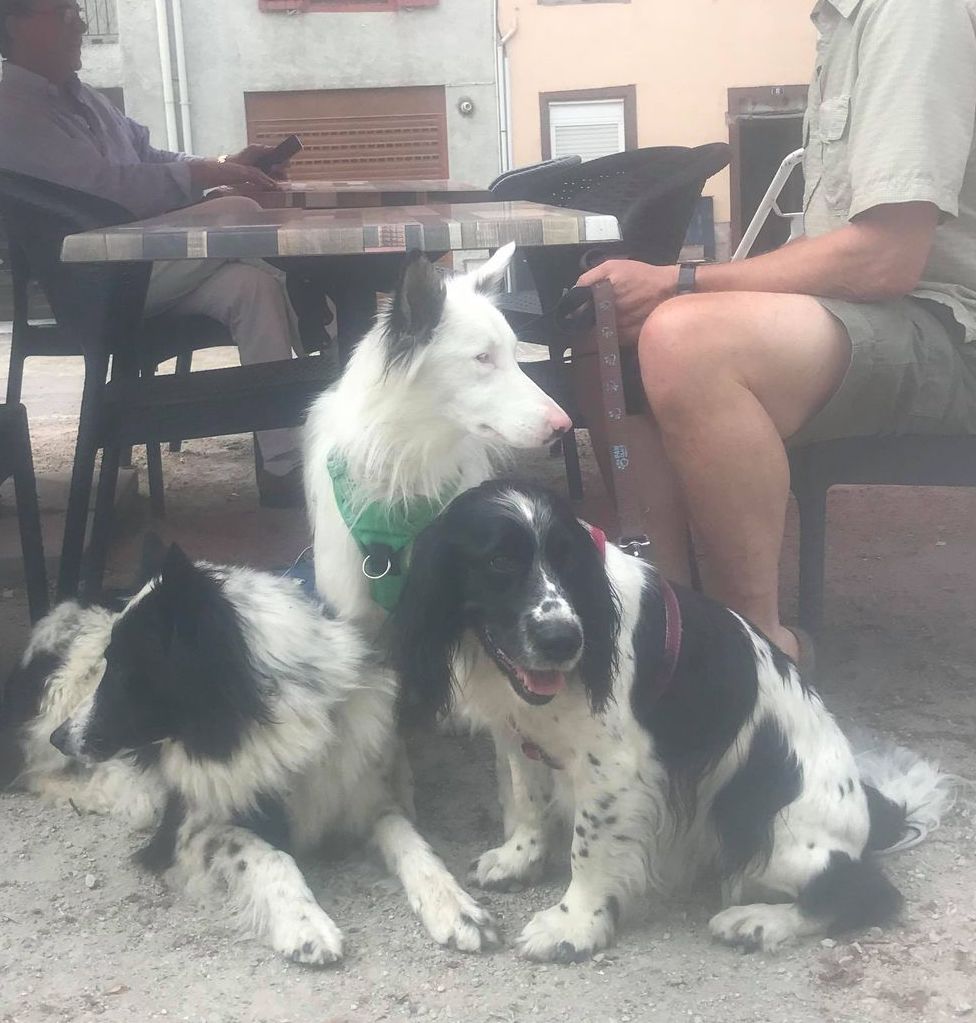 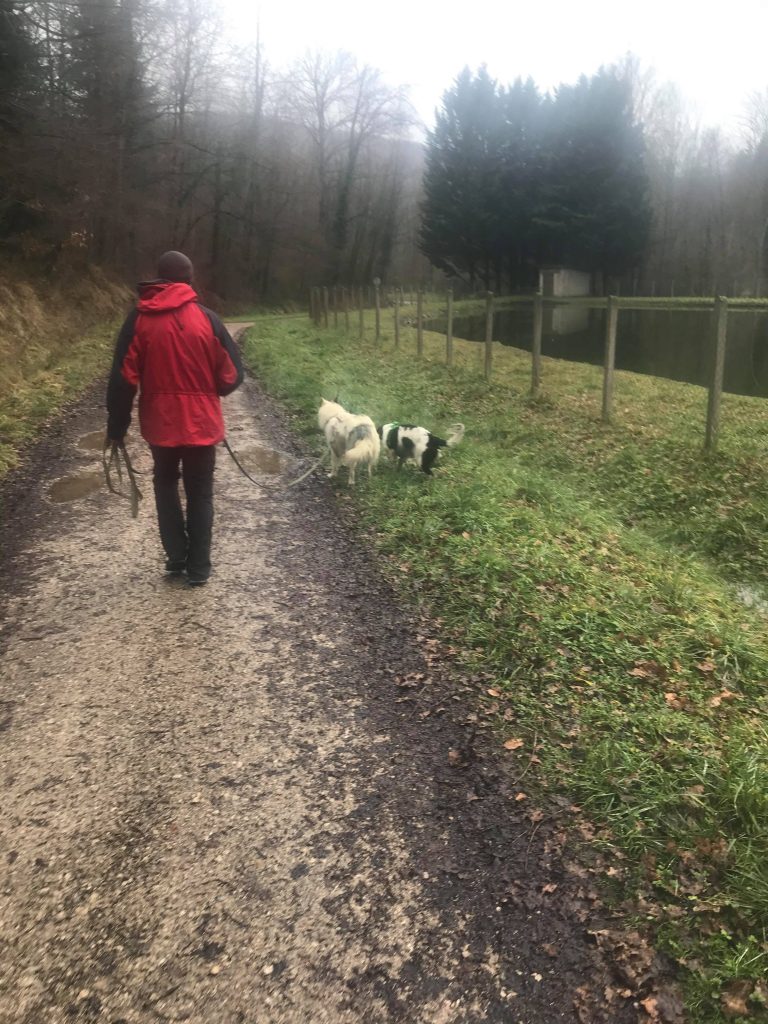 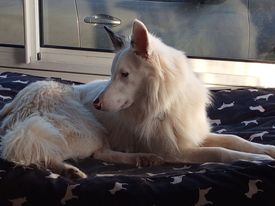 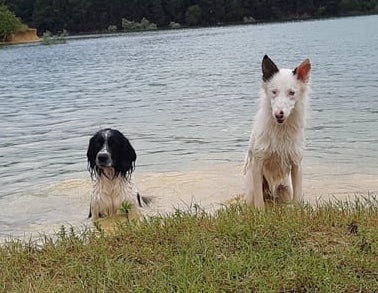 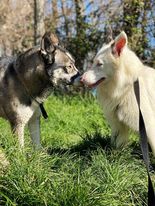 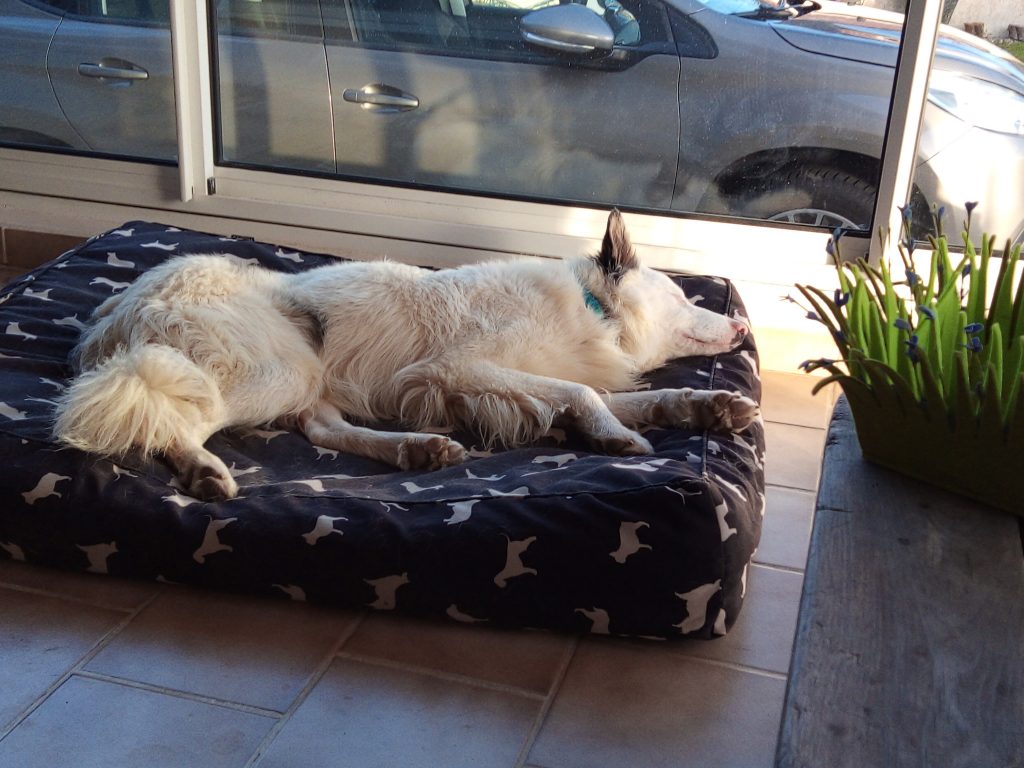 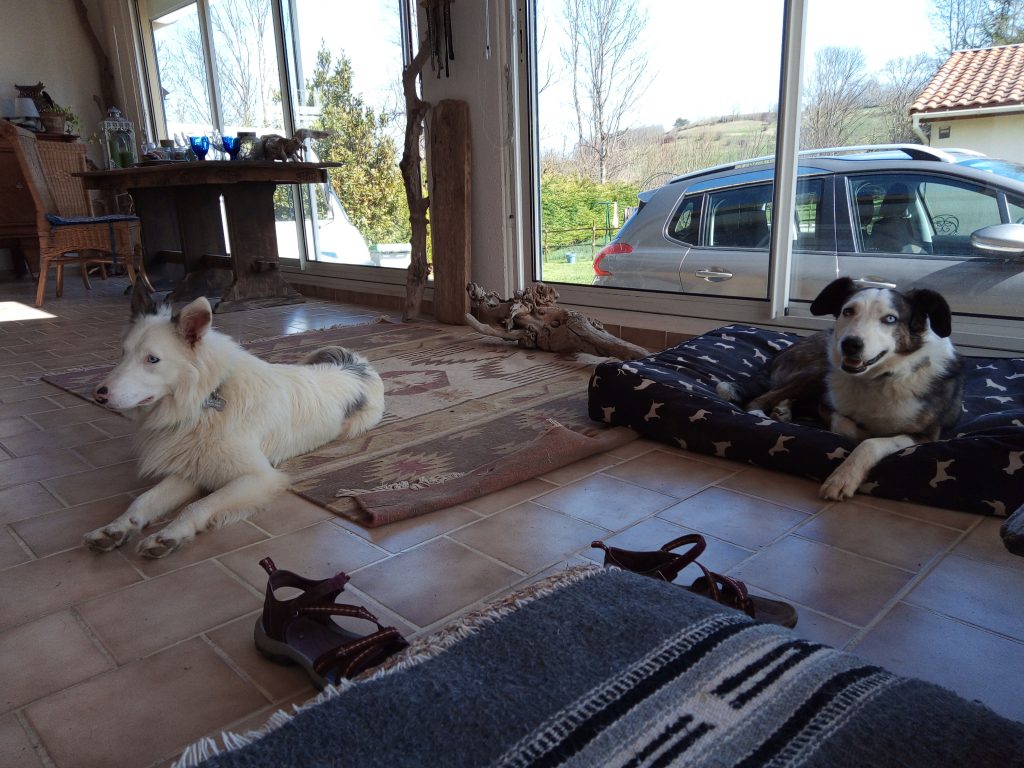 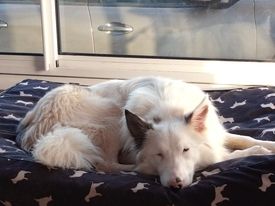 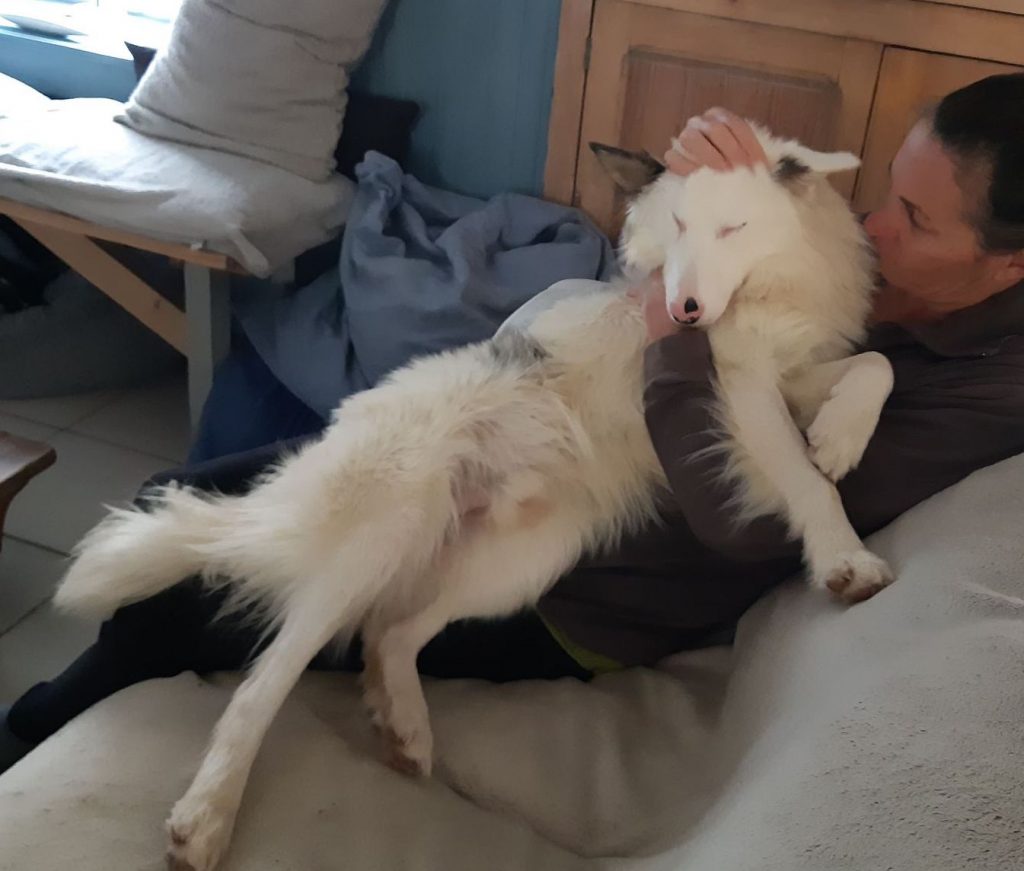 All about CHAMPI dit BLUEY – a genuine blue-eyed boy!

CHIP NO: 250269100219472
DATE OF BIRTH: 1 October 2019
BREED TYPE: Border Collie
VACCINATED: Yes, including rabies and passport
STERILISED: Yes
OK DOGS: Yes, a fellow dog is a must for him
OK CATS: Not thoroughly tested, but fosterer feels likely OK with correct intros.
OK LIVESTOCK: Yes
OK CHILDREN: Yes - but noisy, rumbustious children would not be fair on him.

CHAMPI dit BLUE adores swimming, loves having canine company, is dedicated to his humans, is very intelligent and learns very quickly.  He is also sensitive, somewhat timid with new ventures at first,  and is devoted to cuddles and being groomed by his humans. He travels well – quietly and contentedly – and  can also be left in the house with his canine companions without any problems at all.

Yes he is blind in one eye – we have no idea how that happened and he has clearly lived with it a very long time, having learned to position himself strategically so that he can see and scent what is going on!

He has now seen an eye specialist and his sight in the other eye is very blurred thanks to cataracts.  In order to give him clear vision, hopefully for the rest of his life in his good eye, we made the decision to have the expensive operation done.  We are sure it will raise his chances of finding his forever home without the worry for an adopter of “what if” . . regarding his sight.

UPDATE mid-September – he has just had his second check-up with the specialist vet who performed the operation.  How now has full vision in his left eye – he is seeing the world clearly for the first time in a very long time – maybe even forever.   There is still further healing to be done, so a further follow-up visit is needed – but at least now we know there is zero chance of any further cataracts returning, which is great news for his future.

Not yet two years old, CHAMPI came into foster with us having lived “homeless” for five months – afraid of humans and the world – this totally non-aggressive boy was finally persuaded into captivity and safety.  It took several weeks in the refuge with which we work to get him used to human touch and having a harness and lead on.  Once achieved we were able to get him into the foster home he needed in order to blossom into a wonderful dog.

In just the space of a few days CHAMPI had already shown himself to be willing – even eager – for the love of a home.  He definitely relied on his canine family to lead him and show him where it was safe, but he became braver by the day. He soon discovered the comforts of a roaring fire and even the occasional lap!

One month into foster and this boy had braved “the snip”, found great friends with two resident dogs, learned about lead walking and running, been off-lead, experienced bikes, push-chairs, joggers, done a number of mountain walks, and also proved himself to be a great little traveller!

Once we considered that this lovely boy had made sufficient progress and was ready to move to a forever home, Champi was quickly snapped up and taken into ‘foster with a view to adoption’ where he was adored and settled immediately.  However two months into his proposed adoption, the family had a change of mind.  Their camper van lifestyle – going to many different and busy places –  and their conviction that his eyesight was deteriorating, had them decide not to adopt him as had been the plan.  He returned to and settled back immediately with his original fosterer which is where he is now.

Everyone who has met him agrees that he is bright, obedient, affectionate and active, but without the collie ‘edge’.  He loves going for walks and that means, in appropriate places, both on and off the lead.  Putting his harness on is a time for excited anticipation!  And swimming is his passion.  He has never shown any interest in chasing livestock.

This is what his fosterer says about him now as his “blossoming” continues:

Since arriving back he has proved again what a sweet natured and bright boy he is. He is clean in the house, loves all dogs and I suspect cats, shows no interest in livestock. He can sit on command , comes back to his name, charges through the forest and in streams, loves to swim (probably his fav thing).
He is definitely shy and not keen on loud noises but we have done several town and cafe visits and as long he is with a canine friend and humans he trusts and feels safe with, he comes along for the ride and sits attentively under the table. He certainly isn’t a quivering wreck.
This boy sleeps on our bed with us and our 2 , he snuggles on the sofa but also likes quiet times if there are people about he doesn’t know or trust(I’m with him on that )
If you have patience and love and are willing to give this super special boy time to love and trust you , all his heart he will give you in return.

We would love to find CHAMPI dit BLUEY a calm but active forever home with another canine companion where Bluey  can continue to learn to absolutely love life.

If you would like to register your interest or find out more about this brave young boy you can write to info@lesamisdesanimaux.com.  All emails are answered promptly.

CHAMPI dit BLUEY is in foster in Department 09, Ariège.  We do however prioritise the right approved home being found for him – so location of any interested party is not an issue. 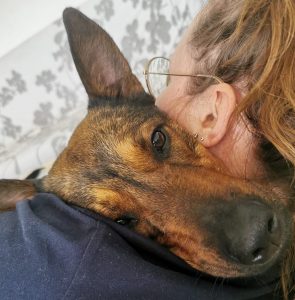 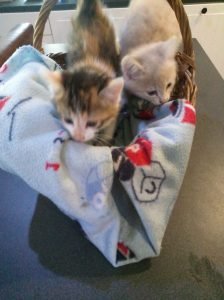