PABLO – A tail of two halves 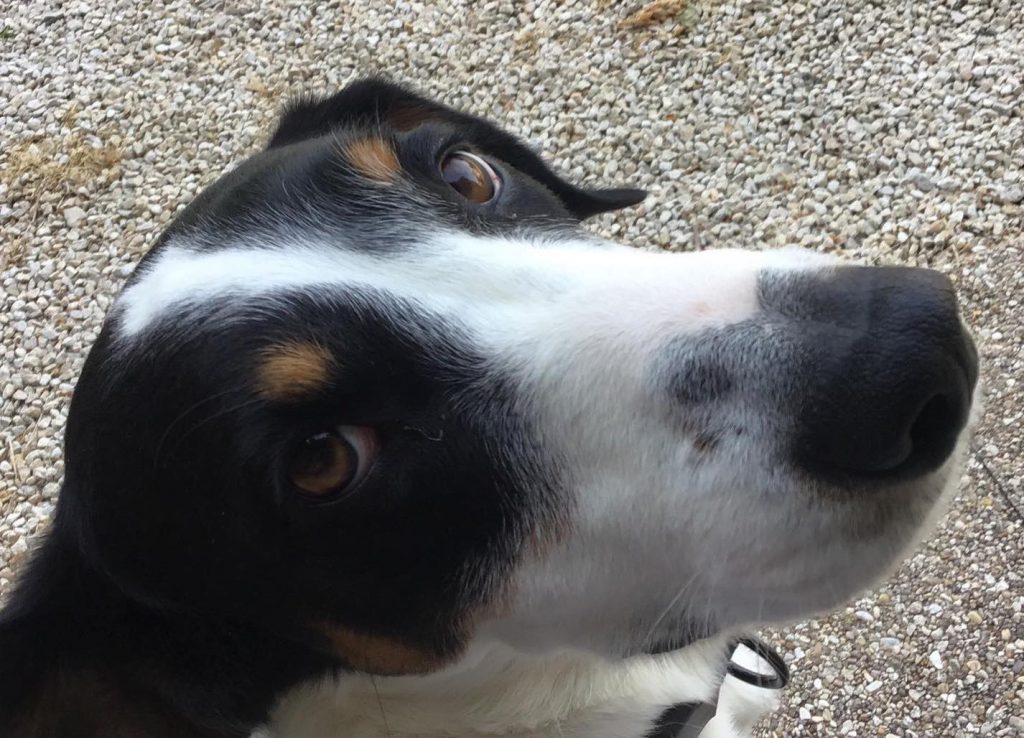 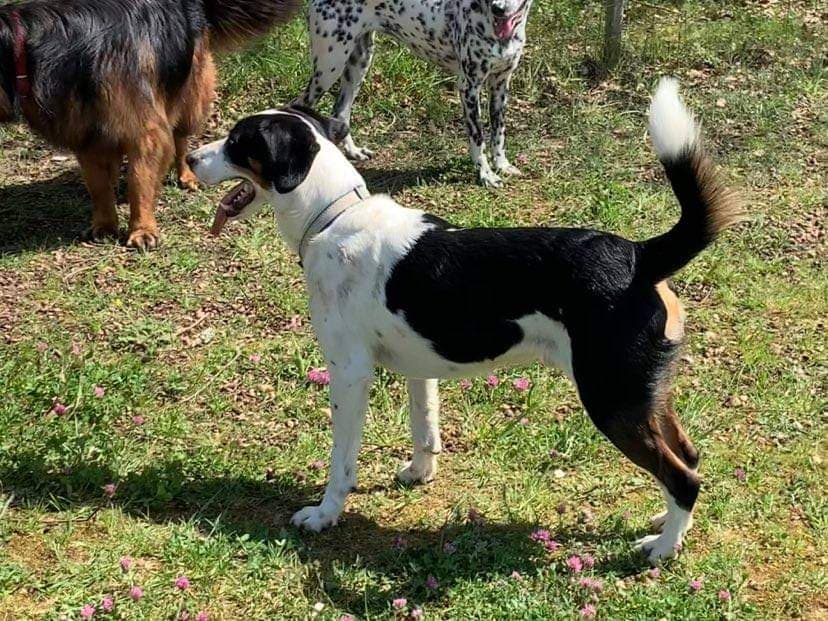 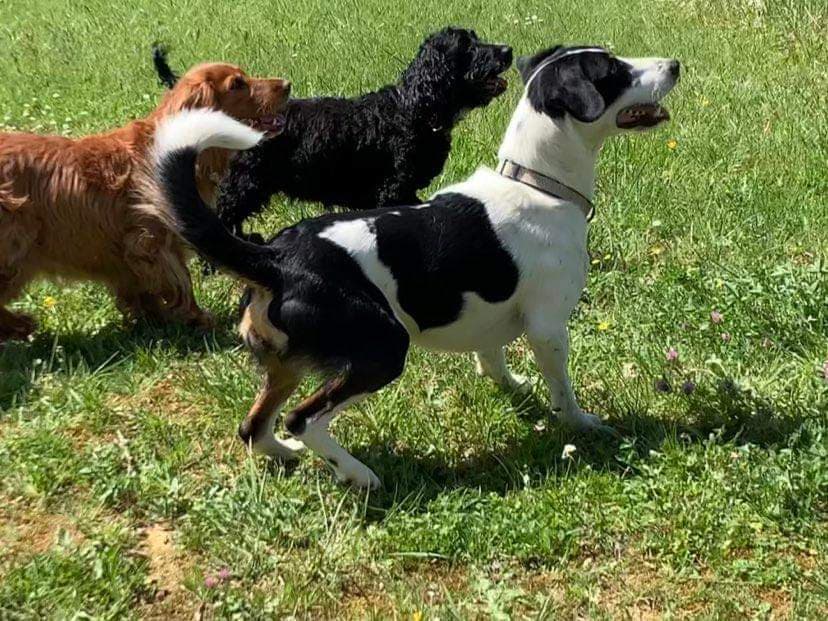 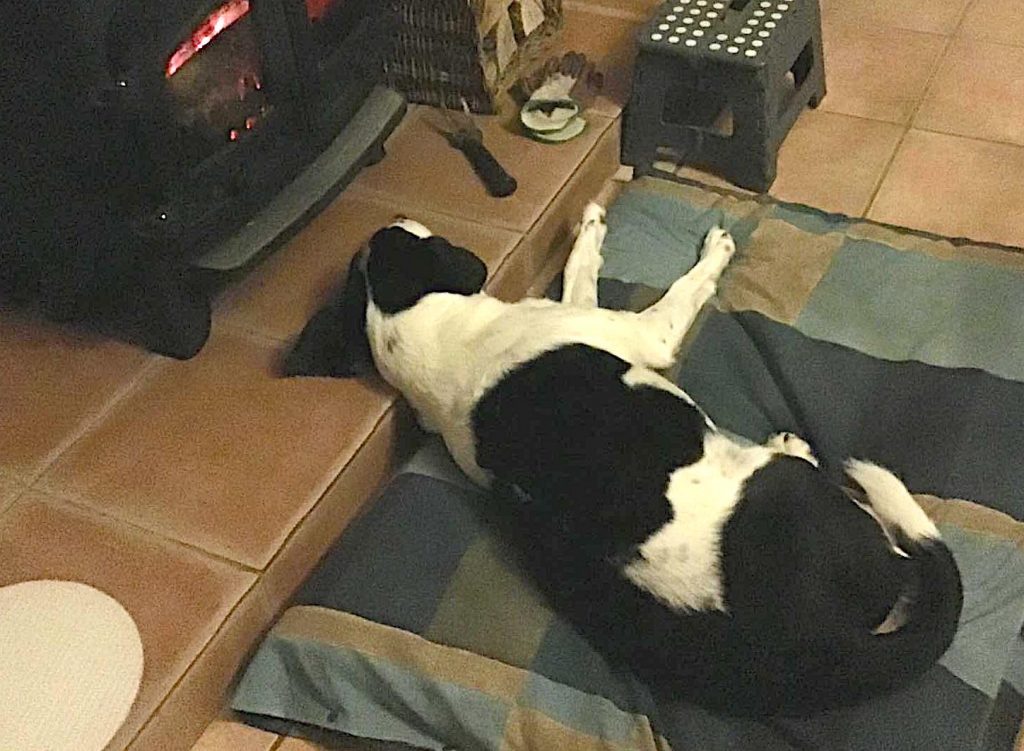 All about PABLO – A tail of two halves

Enquire about PABLO – A tail of two halves

PABLO really is a tale of two halves and needs a foster/adoptive family who are willing and able to train, practise and use modern training methods to help him overcome his fear outside of his gate which results in reactivity towards things he still does not fully understand.  Either that or someone with sufficient garden/park space and time to enable him to enjoy life in a garden-only situation – and that does not mean left to pootle around all day in his own garden!  He would be a very bored and depressed boy.

At home PABLO is the most loving boy, happy and confident in his own environment.  Indeed, if there were wide open spaces, he would be very happy – so a country home with a good bit of land would suit him just fine.  The occasional meeting of people, dogs, and traffic would be a bonus to be worked on – but not overwhelm him.

PABLO has had an ill-starred life so far – and we want to do all we can to change that for good.   He has had people who have cared enough about him to try and put things right, but lacking the experience or unable to give the time to do so.

HIS STORY SO FAR:   He was adopted direct from a refuge as a very young adult, but totally ill-suited to city life,  The owner did however care enough to put him in dog care pension where he remained for some time and was as happy as Larry because he was unchallenged by the environment.  It did however prove that he was fine living alongside other dogs and OK as an only dog too.  However his fear of the wider world had not diminished.  Then he moved into foster with view to adoption.  Sadly despite a lot of investment in training, it seems that there has been little or no improvement which is heart-breaking for him as he is much loved in his home, but becomes too strong for the one lady handler when outside and is frightened.  This makes it an unsuitable match.

PABLO clearly needs either someone with a lot more experience or someone who is willing to learn in partnership with  him, try new techniques, and maybe  work remotely alongside one of our trainers.

PABLO needs a country environment where he has space, is not needed to be in busy places where strangers can approach at any time, which frighten him, where he has plenty of space to expend his energy, and in a calm environment where he can learn – and learn well.  This is one of the reasons we are recommending a foster period with help support and guidance, as even a walk through a busy market in a small town is what many adopters ideally want from their dog.

PABLO is a “mixed” breed – no particular breed trait but an amalgam of many despite being described as a Jack Russell X!!

In the home environment PABLO is a super boy.  He is clean in the home, knows many of the basic commands, and is not an escape artist.  He knows how to play . . . indeed he loves his training toys – snuffle boxes, etc.  We also believe that having the opportunity to play with a canine friend would be an essential !

So that this boy gets a full chance in life, we are hoping to find him a foster home (possibly with view to adoption) where there is time, patience and calm to let him settle, bond with his new humans, and then continue his learning.  He needs a family with dog experience so that the confidence he needs comes from his humans.

PABLO is currently in Department 86 (Vienne)  but a good family match is far more important than location.  If you think you could team up with PABLO , then please complete the online application form by clicking on the link on this page.  If you are already known to us, then please drop us a line at enquiries@lesamisdesanimaux.com. 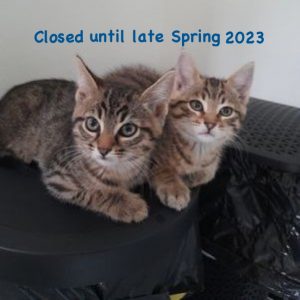 Subscribe to our newsletter to keep updated on our cat and dog rescues, adoption alerts and to learn how you can help neglected animals.

Subscribe to our newsletter to keep updated on our cat and dog rescues, adoption alerts and to learn how you can help neglected animals.